In 2002 the 5th Mancini generation started to work in the company, contributing to the care of today’s estate. Right from the start they showed great interest in the production of high-quality EVO oil and the desire to preserve and pass on the tradition that the family had acquired after over a hundred years of olive growing.These ideals have prompted the new generation to re-evaluate their production of EVO oil.Even during a period of change and innovation, after 2002, the Mancini family continued to grow its olivetrees with traditional, non-intensive agriculture, without the use of irrigation and according to organic farming practices.Despite the different currents of thought, even the new and youngest generation has decided to enhance tradition to preserve the landscape and the Tuscan gastronomic patrimonies, of which EVO oil is the spearhead, using sustainable agronomic practices.To date, the estate has about 3500 plants, a part with the centuries-old plants not damaged by the 1985 frost and a part with the new plants from the 1990 planting.Buccia Nera has always been very sensitive to environmental sustainability, preserving the terraces, the dry stone walls andThe olive groves along the most difficult and shady slopes, thus maintaining the hydro-geographical system and the typical Tuscan landscape.The production of Buccia Nera EVO oil still remains a small production that is carefully followed from plant to table, with a preference for high quality and low production yields.In order to enhance the productions from the three distinct parcels where the olive groves are located, the company has decided to keep the three productions separate and distinct, creating three company Crus: Cru San Polo, Cru Campriano, Cru Muciafora. 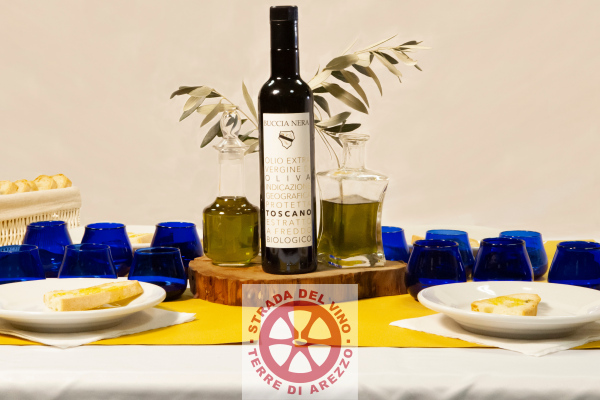 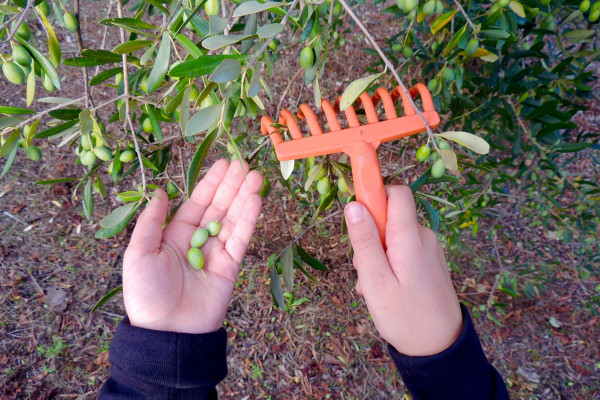 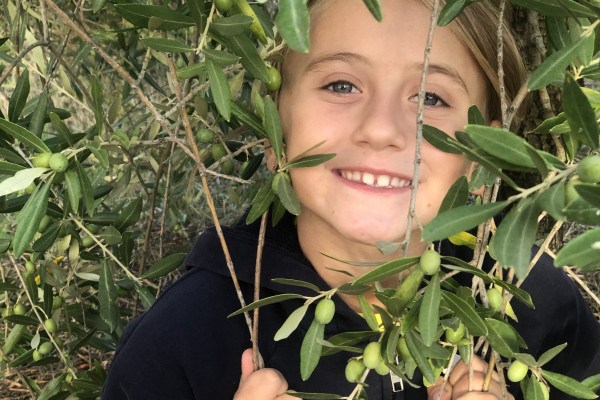 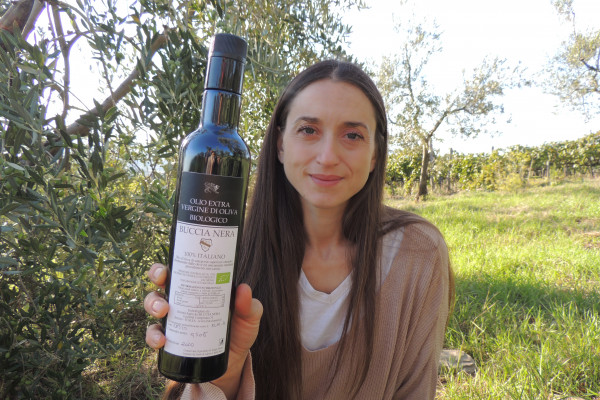